Born in Dubai, UAE, his parents moved him and his siblings to British Columbia, Canada to start a new life when he was just 7.

Craig was immediately hooked on sports. He played nearly every sport offered inside the school system and out, including Hockey, Soccer, Basketball, Track & Field, and Skateboarding. In 2005, Craig attended a local MMA event in Vancouver – the first time he had ever witnessed the sport. Just a few minutes into the first round of the first fight and he knew this was something he had to do. The following week Craig registered at a local gym and eventually found his way to the renowned Revolution Fight Team, home of many world-class fighters.

His amateur Mixed Martial Arts career ran from 2011 to 2014 and was highlighted by capturing the Battlefield Fight League Bantamweight Title.

Craig now balances his Professional fighting career, alongside his work in I.T. and growing family, all while he continues to push daily toward his goal of competing in the Ultimate Fighting Championship. Be a witness on his journey.

I've failed over and over and over again in my life and that is why I succeed.
Michael Jordan
The definition of Hell: The last day you have on earth, the person you became will meet the person you could have become.
Anonymous
Winning takes precedence over all. There’s no gray area. No almosts.
Kobe Bryant
The person that said winning isn’t everything, never won anything.
Mia Hamm
It isn’t the mountains ahead to climb that wear you out; it’s the pebble in your shoe.
Muhammad Ali
#blackouttuesday

Sad to see this facility go after so many great ye

Happy 65th Birthday to my Amazing Mum! Love you lo

When you’re trying to put in those @basruttenmma

This error message is only visible to WordPress admins


Error: API requests are being delayed for this account. New posts will not be retrieved. 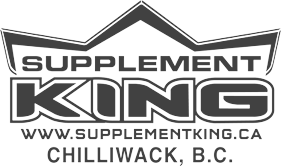